The ground breaker for this trend, is to me, the talk “How I Lost My Job As a Test Manager” presented at Test Bash 2015 by Stephen Janaway. Stephen explains how reorganization of the test manager role forced him to be more a facilitator than embedded in the teams. Similarly many other great test managers talk more and more about people skills and coaching, especially in agile projects. I want to define shift-coach around the facilitation testing activities, and place testers that doubles as scrum masters in the Shift-Deliver trend.

In traditional (v-model) projects testing has often included people that were not professional testers; – in user acceptance tests this has often been business subject matter experts. The testing was done by someone with the best knowledge of the topic, and that may not have been the professional tester. That more and more projects do this – more and more, is a big challenge for many testing folks. But it is a significant trend in testing world of 2016.

You’ve heard the rumors, and you’ve seen it happen. An organization or development team decides they don’t need testers, and you have big questions and massive concerns. Is quality not important anymore? Are they irresponsible or idiotic? Are their hats on too tight? Do testers still have jobs?

Alan Page is a career tester who has not only gone through the “no-tester” transition, he’s taking it head on and embracing it. Alan will share experiences, stories, strategies, and tactics (and failures) on how he’s taken everything he’s learned in over twenty years of software testing, and used those skills to have an impact on software engineering teams at Microsoft. Whether you’re going through this transition yourself, think it may be coming, or just want to tell someone what an absurd idea this is, this is the talk for you.

This trend goes along with Shift-Right, Shift-Left and Shift-Deliver discussed separately. I discussed these trend labels at Nordic Testing Days 2016 during the talk “How to Test in IT operations“ and coined the labels on the EuroStar Test Huddle forum.

16 thoughts on “The Shift-Coach Testing Trend”

This site uses Akismet to reduce spam. Learn how your comment data is processed.

Jesper Ottosen,
About managing testing
in all kinds of IT projects.
246 posts since Jan 2012. 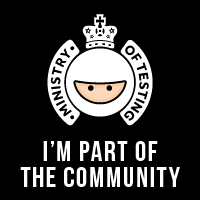