In my current and primary projects the testing is not done by software testing professionals – and it’s probably for the better too! It is in contexts like these:

In contexts like these the act of testing done by subject matter experts of the field – infrastructure specialists, public service clerks, support staff, application developers and the like. These persons qualify as the “customer” in the Modern Testing Principle that “the customer is the only one capable to judge and evaluate the quality of our product“. They might have a testing /role/ during the project, but that is because of their high domain knowledge, but at the end of the project they continue with their “real business job” of using the system to produce stuff for the business.

It’s not their job to know ISTQB from “MT Principles” and “RST methodology“. That is up to me, as the manager of the testing. My role is more and more about the guidelines for the testing and the facilitation of the people doing the testing. My reach goes so far as to ask them to think about how the product fails and succeeds. But I cannot expect them to know checking from testing.

Long gone are the days of managing testers that put all their skill into the niches of the testing craft. There are less software testing professionals doing the testing in projects like the above. Part of it is, that the describing the whole system explicitly is simply to expensive in time and money. This makes the requirements inherently fuzzy and undefined. And part of it is that learning the skills simply takes to long. Some technical tests require skills of a certified VMware specialist, others having an eye for every unwritten tacit business rule.

Another angle is that the skills that the usual software testing specialist brings to the table is handled on a lower level. Testing is done by the organisation (like Microsoft) that builds the standard solutions and commercial off the self systems (SAP, D365O etc). Another is that the test techniques of the software testing field simply no longer applies. I mean how does boundary value analysis add value to enterprise data center transition executions, when the system under test it not even software?

Come to think of it, everyone in the project does that! Some do it more explicitly, some do it more experimental. Everyone evaluates how their actions add value to the people that matter (at some time).

“Co-creating smarter testers” is the byline of the Ministry of Testing, a small company with a great impact that I have been following and supporting for 7 years* now . I have attended TestBash’es, webinars, challenges, discussions and memes. And now for the first time in Denmark – Anders Dinsen and I are bringing the world known Meetups to Copenhagen (Aarhus 2017 you’re next). 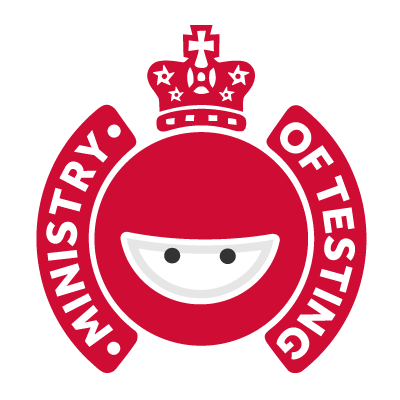 The Ministry of Testing exists to advance the software testing industry in a fun, safe, professional and forward thinking way.Our meetups exist as a way to bring people toget…

Check out this Meetup Group →

The topics so far are:

At the first meetup we split into three groups, discussed risks and how to TEST THEM RISKS. Dearest to me was the discussion of stakeholders and new places to test. Great to see that even with very little information, we can still do a rapid testing based on business objectives. There is so much more to testing these days.

I rarely test software these days. I mostly lead testing of IT solutions.

Testing in the context of:

Yes, it happens that I participate in a project that is about developing a new business application, but my activities are less about testing software and more about testing in IT solutions in general.

Mostly I manage test activities and describe testing in these contexts. My preferred way of working is in setting and implementing test strategies. I prefer complex and non-ordered projects (Complex and Chaotic – I’m looking at you), it fits well with my context-driven approach of finding the “test solution that fits the context”.

Testing is in it self a solution, that must solve a business problem. Great testing is all about providing information to the stakeholders. I don’t care especially if this is done by someone TESTING or a TESTER. It is my responsibility to setup the testing activities (information gathering) that supports the team, faces the business & technology and challenges the product “sufficiently“.

Sometimes “sufficiently” is merely confirming and going through the motions of explicit requirement coverage. This is a special challenge to me, as I know of many effective and Rapid approaches, that could add valuable information. When I face this challenge, I try to look at the full picture of the project, and what the business want’s to achieve.

The business of the business is business. What matters is not software or projects, but the solutions to the challenges the business have. And the context of testing is similarly so much more than the software.

*: As mentioned in “How to test in IT Operations” at Nordic Testing Days 2016.

QA Network Aarhus is a local non-affiliated network of testers (and good friends) in Aarhus. Where I had the great pleasure of talking about Exploratory Testing. This is the link collection, the slides are attached.

END_OF_DOCUMENT_TOKEN_TO_BE_REPLACED

All oracles are fail-able to a certain level of confidence.

Recently I had the opportunity to participate in Rapid Software Testing (game master Michael Bolton) and the acclaimed dicegame. I also had the chance to be game master on a variation of the dicegame session for a small test team. Reflecting on the experiences I had two considerations: (Some spoilers apply)

When are you confident enough?

The dicegame is played by a loop of theories/ideas and tries/tests on the idea. The goal is to produce a theory/algorithm that can succesfully predict the number that the game master presents. How many tries/tests/checks would give you confidence in the theory you have in mind? Options:

The dice game seems simple, but the problem domain of even the dice game is infine. Or at least practically infinite (7776 is practically infinite in the dice game IMHO). James Bach replied to my tweet that “The number of tests doesn’t matter, but the character of the test, relative to your mental models, matters a great deal.“. My purpose is not to find a fixed number of tries, but to make you consider the underlying assumption on confidence levels. That is you have a confidence in your model until it fails. You are confident to the level of x succesfull predictions, where the x+1 prediction fails. All you know at that time is that your theory is “incomplete” (not wrong, not right) – and this calls for more learning and more ideas…

The oracle in software projects is the ressource of answers – the documents, the mindmap, the subject matter expert. In the dice game the game master is the oracle (ie Michael Bolton, James Bach or yours humbly). We are humans hence failable. The physical oracles (docs, …) even more. This made me ponder:

Michael Bolton replied to my tweet that “In the dice game, we need to be prepared to deal with any test that a tester offers. Is it a bug? That depends on the framing.” The key framing of the dice game is usually a lesson in learning, in theory setting and trials of that theory – still under the underlying assumption that the game master can deal with any test that is offered. What would happen if the game master was blindfolded? What would the case if the algorithm was more complex – less humanly processable in a short time. There will always be a level of capability of the oracle, and it will fail – eventually.

Jesper Ottosen
About managing testing
in all kinds of IT projects.
217 posts since Jan 2012.