If you ask “what is the ROI of context-driven testing” it is the same as asking:

Let me tell you a story: Just today I finally got around to changing tires on my car. Three months ago I bought a campaign voucher for a cheap switch of winter tires to summer tires – so it was about time. I booked a time and went to the shop with the summer tires in the trunk. BUT then … the front tires where out of shape due to wrong “tracing”, brake cables and other stuff worn and empty for lubrication. sigh!

So … the shop had to repair those critical defects (yeah, the vouchers a good business generator, #I’mOKwithThat). They gave me the keys to a replacement car for the day for free. And we discussed fixing some other stuff – the tricky ignition was Deffered/FixedUpStream but the defective brake lights added to the work order (New bug raised due to a hunch). I got an estimate and went for the day. The quote was pretty close, the repair on time and the requirements verified on the release bill.

And then they provides me with a list of a few things they noticed along the way.

The shop could have just swapped the tires for the voucher cost – and noticed nothing else. They could have chosen not to tell me about the additional bugs. They could not have offered me a replacement car for the day. They probably where more expensive than a moonlighting garage dude – I known now what the difference can be.

I value that they provide information to aid my business decision-making – besides just swapping the stupid tires. They will probably get repeat business from me – directly or indirectly. 🙂 And yes, Scott, they did have free coffee

it is increasingly a worker’s greatest skill, not their average skill level, that matters. As capitalism has grown more adept at disaggregating tasks, workers can focus on what they do best, and managers are challenged to make room for brilliant, if difficult, outliers.

This march toward greater specialization, combined with the pressing need for expertise in science, technology, engineering and mathematics, so-called STEM workers, suggests that the prospects for (knowledge *) workers will be on the rise in the coming decades. If the market can forgive people’s weaknesses, then they will rise to the level of their natural gifts.

“It will be an economic failure if the new wave of high school graduates can’t be employed. All these kids have talent and ability and a tremendous capacity to contribute. We have to stop thinking that all employees have to be the same, with the same skills, the same attributes.”

For example, anything very repetitious and detail-oriented, work that requires great visual memory for the spotting of anomalies. You might not often think of someone with autism in terms of communication but they can be fantastic at understanding rules-bound communication, where it matters exactly what can and can’t be said to whom.

This emerging understanding of autism may change attitudes toward autistic workers. But intelligence, even superior intelligence, isn’t enough to get or keep a job. Modern office culture — with its unwritten rules of behavior, its fluid and socially demanding work spaces — can be hostile territory for autistic people, who do better in predictable environments and who tend to be clumsy at shaping their priorities around other people’s requirements.

See also: The Geeks and Nerds Syndrome Who has excellent memory and strong attention to detail

It’s important that all testing people start considering how they add value for their salary. If they don’t their job is on the line in the next offshoring or staff redux. If you are not adding value* to the customers, company and yourself – in that order – every day. What are you doing there anyways? (*: oddly enough, sometimes just listening in on a meeting can add direct value.)

Part of the problem is many (most) businesses look at testing and testers as expenses.  Plain and simple.  It does not seem to matter if the testers are exercising software to be used internally or commercial software to be used by paying customers.  We are an expense in their minds.

I don’t know.  I need to think on that.  One of the companies I worked for, once upon a time, it was bankruptcy.  Other were less dramatic, but avoiding the national nightly news was adequate incentive for one organization I worked for.

One of the participants in the meeting compared testing to some form of insurance – you buy it, don’t like paying the bill, but when something happens you are usually glad you did.  Of course, if nothing bad happens, then people wonder why they “spent so much” on something they “did not need.”

I don’t have an answer to that one.  I need to think on that, too.

See also Testing can add business value to any project state, Cutting costs will not get you value,

Give me any software product life-cycle and I can reply to you, what business value good software testing could provide you – if you want to know. If not cool with, me – that’s your call on your business objectives.

the primary reason that testing happens in a business context is to help the business achieve their primary goal, which is to make money. Or even more simply, businesses choose to pay for testing *only* because they believe it costs less to pay for it than it will cost to *not* pay for it in the long run.

from [ A Context-Driven Approach to Delivering Business Value | March 7, 2012  ]. As a good starter – use the following model of testing from a business perspective (from the article above) to tune us into discussion how testing add business value to any project state

So, in the midst of economic haircuts, CIOs surrendered by outsourcing their staff to offshore companies that brought CMM and ITIL process rigor.  Yet, these efforts did little to simplify underlying application and infrastructure platforms that drove their high costs.

Today’s wiser buyers know that the value of accounts payable, procurement, or customer service shouldn’t be equated to its cost per invoice, PO, or call.  They want value.

if buyers fail to establish the right governance leadership, they will fail to achieve their ultimate goals.

Se also Cost is no longer the differentiator, get ready to deliver services, Are you an outsourcing pro, or a global business pro? 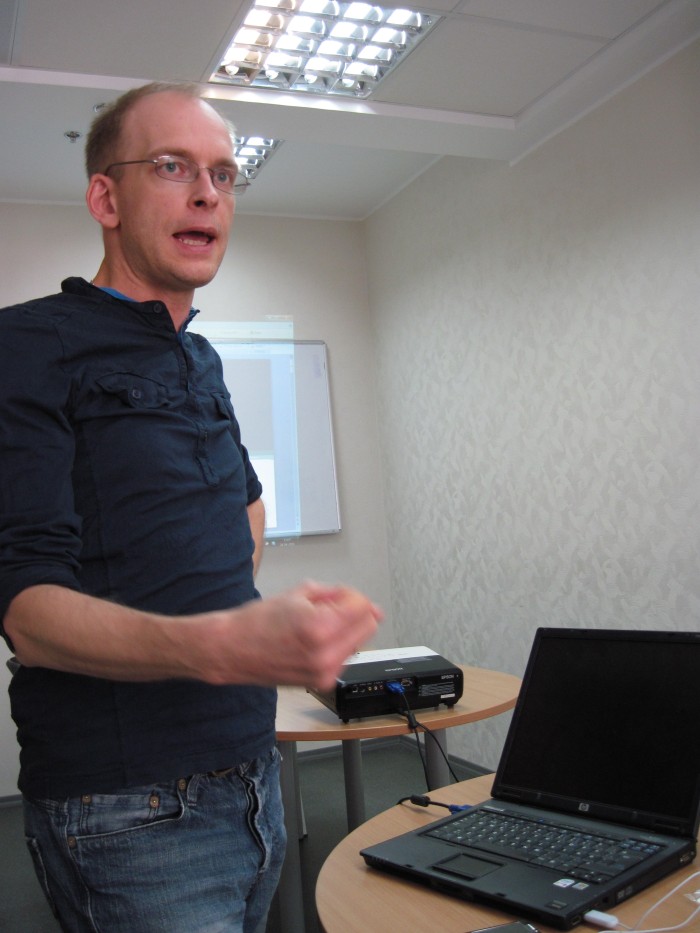 Now that the industrial economy is over, you should forget about doing things just because it’s assigned to you, or “never mind the race to the top, you’ll be racing to the bottom.”

However, if you’re different somehow and have made yourself unique, people will find you and pay you more, Godin says.

Follow Complexity is a Matter of Perspective on WordPress.com