Remember how the brain reorganized it’s neurons when information stopped coming in? Just because the ‘wiring’ is fixed and the information flow is restarted doesn’t mean that the brain will start listening! Second, the brains’ map of sensory information coming from the hand has been distorted, and the brain will have to relearn the hand-map again.

It’s very much like a management board having to learn how to include information they haven’t had for a while, in their decision making.

Testing is your sensory nerves 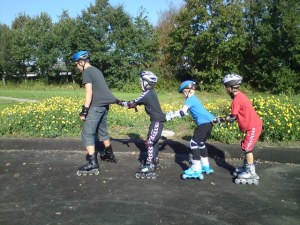 Combining traditional QA practices with non-traditional players helps companies test products from all angles. …
Two attributes are critical for good testers regardless of academic background, which non-IT persons can develop and receive training, he pointed out. … The first is domain knowledge, …  the tester must also understand the SDLC processes or models for the app as used by their employer, such as agile, iterative or waterfall, he said.

You apply both your left and right side of the brain – you check and test – you do tasks and seek value – you apply routinized and bespoke activities. You can use the distinction to guide you to a context-driven testing approach. 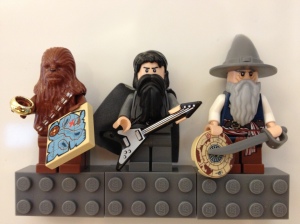 A lot of bits have traveled under the Internet bridge since Michael Bolton’s Testing vs Checking in 2009:

Revisiting it again and again it dawns on me(1)… It’s not “versus“- It’s not “either or” – It’s “not one over the other” – It’s not “merely” either – it’s about testing and checking.  Both on the same time – but yet using different words, helps us find a better understanding of what we do. The Rapid Software Testing course material pages 59-67 illustrates this in details (3): 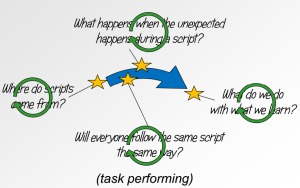 We can look into scripts/checking as being task performing “arrows”: an hypothesis is established and sought to be confirmed. Value seeking happens all through the checking process – you think and react based on the evidence found. (2) 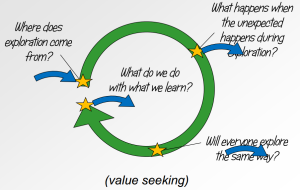 We can look into exploration/testing as being value seeking “cycles”: an exploration acts on it’s own – but still consists of smaller sequential tasks being performed. (2)

You apply both your left and right side of the brain – you check and test – you do tasks and seek value – you apply routinized and bespoke activities. You can use the distinction to guide you to a context-driven testing approach.  Read also Exploring Uncertainty for a good discussion on how  Checking is Not Evil and how to illustrate what is Not Checking.

In 2013 Michael Bolton and James Bach refined the definition of checking:

Checking is the process of making evaluations by applying algorithmic decision rules to specific observations of a product.

From that, we have identified three kinds of checking:

Human checking is an attempted checking process wherein humans collect the observations and apply the rules without the mediation of tools.

Machine checking is a checking process wherein tools collect the observations and apply the rules without the mediation of humans.

Human/machine checking is an attempted checking process wherein both humans and tools interact to collect the observations and apply the rules.

1 with guiding from both James B & Michael B. Thanks!
2 with specific permission from James Bach.
3 also referenced in So Everything Must Be Tested?

Which type of activity should your business try to optimize? My answer: Both.

It’s not just for knowledge workers anymore – neither is it only for Social Media Software. It’s key for your job and your competencies – that you uses both parts. … of the brain 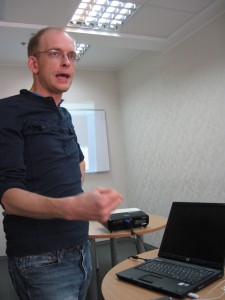 In Sonne’s native Denmark, as elsewhere, autistics are typically considered unemployable. But Sonne worked in IT, a field more suited to people with autism and related conditions like Asperger’s syndrome. “As a general view, they have excellent memory and strong attention to detail. They are persistent and good at following structures and routines,” he says. In other words, they’re born software engineers.

See also The right brain for the future 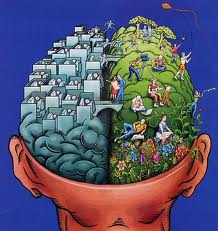 Jesper Ottosen
About managing testing
in all kinds of IT projects.
226 posts since Jan 2012.